Commissioner Winchell is the Commission’s Chair and a licensed attorney who currently practices in general litigation. He served as corporate counsel for eleven years and was a trial attorney for seven years.

Commissioner William Halle was appointed by Supervisor Don Wagner, Third District, at the November 2, 2021 Board of Supervisors meeting. He is currently serving his first term that expires on November 1, 2024.

Commissioner Halle is a commercial litigator. His practice focuses in the areas of land use, real estate, employment and commercial litigation. His trial and appellate experience includes a wide range of business-related disputes before administrative and public agencies, arbitration panels, state courts, federal courts and bankruptcy courts.

In addition to being a litigator, Commissioner Halle served as an executive member of the Board of Directors for the National Down Syndrome Society from 2004 through 2010, and as the President of Down Syndrome Association of Orange County during his tenure from 2000 through 2008. 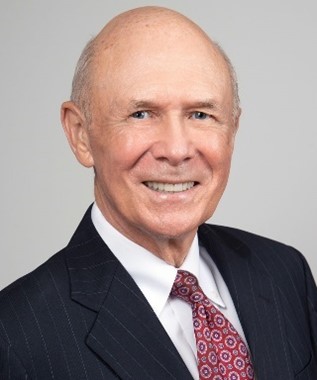 Honorable Judge Franz Miller (retired) was appointed by Supervisor Chaffee, Fourth District, at the September 29, 2020 Board of Supervisors meeting. He is currently serving his first term that expires on September 28, 2023.

Commissioner Miller is currently an associate at JAMS Mediation, Arbitration and ADR Services. He had 16 years of service on the Orange County Superior Court. His tenure at the court was equally divided between the Family Law Panel and the Civil Law Panel, where he was supervising judge during the last two years of that assignment. Prior to being appointed to the bench Commissioner Miller was a senior staff attorney at the Court of Appeal. He also taught at local law schools as an adjunct professor for over 20 years.

The Commission shall have responsibility for the impartial and effective administration and implementation of the provisions of the County Campaign Reform Ordinance, Lobbyist Registration and Reporting Ordinance, the Gift Ban Ordinance and Sections 6 and 9 of the Code of Ethics.

Specifically, the Commission shall have the following duties, powers, and responsibilities:

The members of the Commission shall serve without compensation and shall be reimbursed for travel and other expenses incurred in the performance of their official duties in accordance with Board of Supervisors policy, as amended from time to time.

Apply to be a commissioner:

If you meet the 10 qualifications to be a Commissioners please fill out the following form here.

Pursuant to the County of Orange Language Access Policy, the Office of Campaign Finance and Ethics Commission will provide critical program documents and information in the most prevalent languages spoken in the County as determined by the most recent United States Census. Please contact the Office with the request via telephone 714-645-3844 or email info@ocethics.com. The documents will be provided via email as soon as practicable.