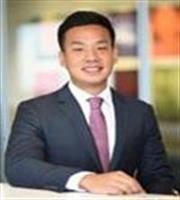 Josh Ji was nominated by Chairwoman Michelle Steel, Second District, at the August 22, 2017 Board of Supervisors Meeting and was officially sworn in on October 16, 2017. The initial term for Commissioner Ji is two (2) years.

Commissioner Ji is an attorney at Greenberg Gross LLP. Prior to joining Greenberg Gross, Commissioner Ji served as a judicial extern at the United States District Court for the Central District of California. He received his undergraduate degree with honors at the University of California, Riverside, and received his law degree with honors from the University of California, Irvine School of Law, where he served as an Executive Editor of the Law Review. 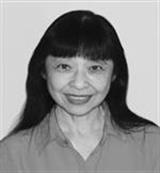 Commissioner Schumann is currently teaching at the University of California, Irvine School of Law and School of Social Ecology. She served on the Orange County Superior/Municipal Courts from 1979-2013.

George Saadeh was nominated by Supervisor Lisa Bartlett, Fifth District, and appointed unanimously at the December 5, 2017 Board of Supervisors meeting. He was officially sworn in on January 22, 2018. The initial term for Commissioner Saadeh is one (1) year.

Commissioner Saadeh spent thirty years in law enforcement serving the Santa Ana Police Department. He retired as a Police Captain (now referred to as a Deputy Chief) acting as the Executive Officer to the Chief of Police and the Commander of District Investigations/Police Human Resources. After retirement from SAPD, Commissioner Saadeh spent several years consulting with public safety agencies on organizational effectiveness, operational audits, personnel practices and homeland security grants and funding.

The Commission shall have responsibility for the impartial and effective administration and implementation of the provisions of the County Campaign Reform Ordinance, Lobbyist Registration and Reporting Ordinance, the Gift Ban Ordinance and Sections 6 and 9 of the Code of Ethics.

Specifically, the Commission shall have the following duties, powers, and responsibilities:

The members of the Commission shall serve without compensation and shall be reimbursed for travel and other expenses incurred in the performance of their official duties in accordance with Board of Supervisors policy, as amended from time to time.

Apply to be a commissioner:

If you meet the 10 qualifications to be a Commissioners please fill out the following form here.